The Monarch Who Arrived Late for Dinner

Never be late for dinner or it might be all gone.

Take the case of the Mexican sunflowers, Tithonia rotundifola, that we planted last April for the monarchs.  Monarchs seem to favor Tithonia more than any other nectar source in our pollinator garden. Second choice: the butterfly bush, Buddleia davidii.

May, June, July, and August came and went. The invited (and expected) guests were a "no show."  Didn't they make reservations? Or did they forget?

In September, entomologist David James of Washington State University, who studies migratory monarchs, announced the monarchs are on their way from the Pacific Northwest to their overwintering sites along coastal California. "They're coming," he said.

Finally, on Sept. 16, a single monarch glided in, sipped some nectar on the Buddleia for a few seconds and left. Another monarch stopped by on Sept. 26, nectared on the Tithonia for a couple of seconds and vanished.

Where are all the dinner guests?

Finally, at 4:30 p.m. on Oct. 3, a male monarch arrived for dinner. And what a 12-course dinner it was on the Tithonia's remaining 12 flowers. He paused once to sample nectar from the Buddleia, but he obviously preferred the Tithonia.

Frankly, it's not been a good year for monarchs in our pollinator garden. Monarchs totally ignored the milkweed, their host plant, and almost disregarded the nectar sources. In comparison, back in 2016, monarchs laid about 300 eggs on our milkweed. In the migratory season, it was not uncommon to see seven monarchs in our garden at one time.

If any more monarchs arrive, they'll not get much Tithonia or Buddleia to fuel their flight to the overwintering sites. They'll have to settle for what's left of the nectar sources: African blue basil, catmint, lion's tail, Mexican petunia, and honeysuckle.

We're just glad one dinner guest showed up, although he was almost too late for dinner. 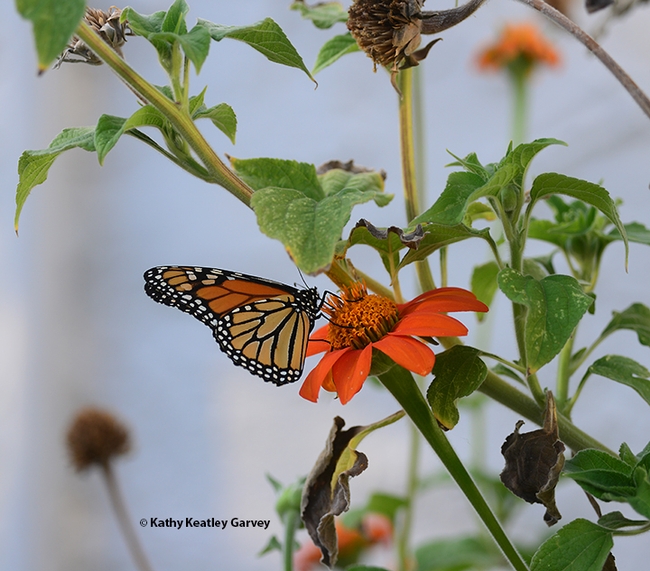 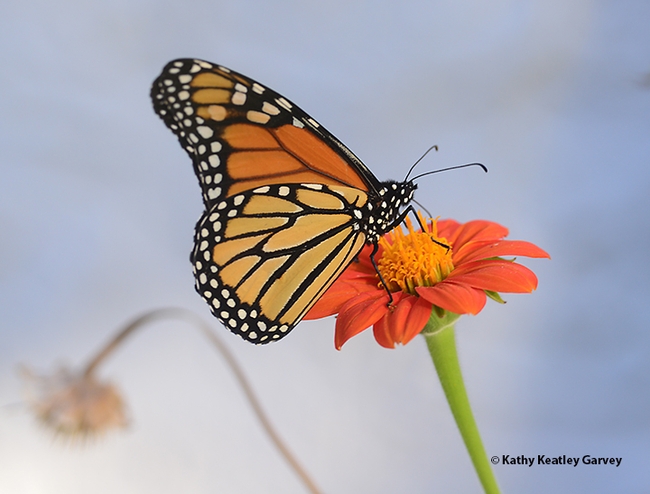 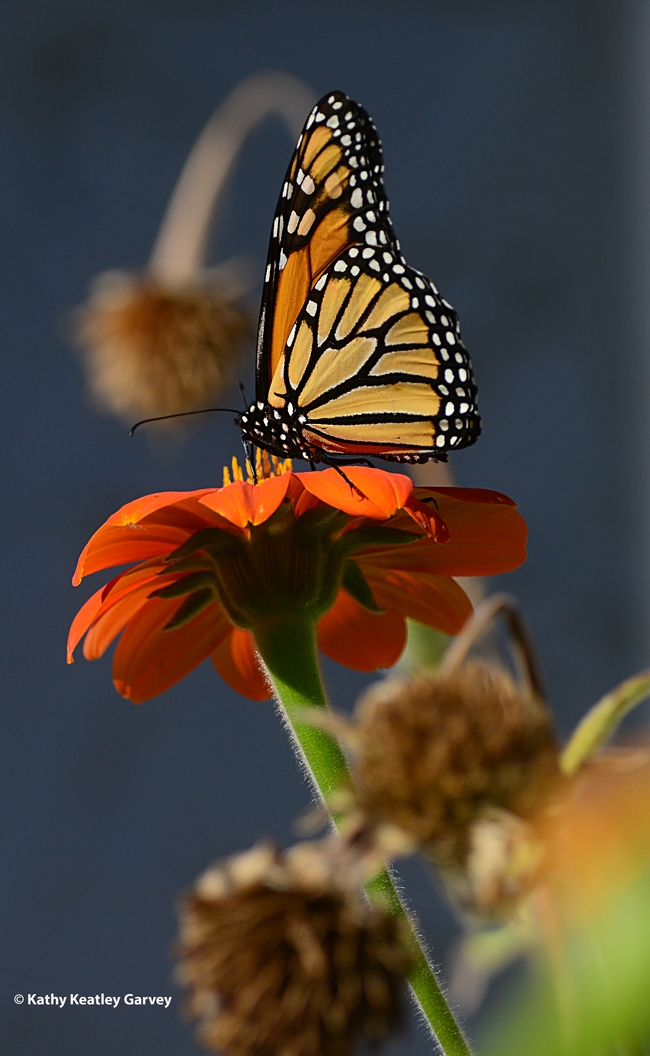 A spent blossom hangs over a male monarch that is sipping nectar from a Mexican sunflower, Tithonia rotundifola. (Photo by Kathy Keatley Garvey) 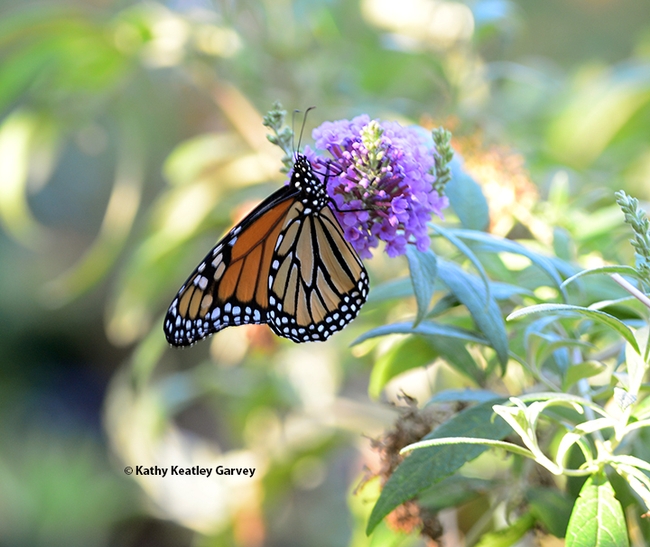